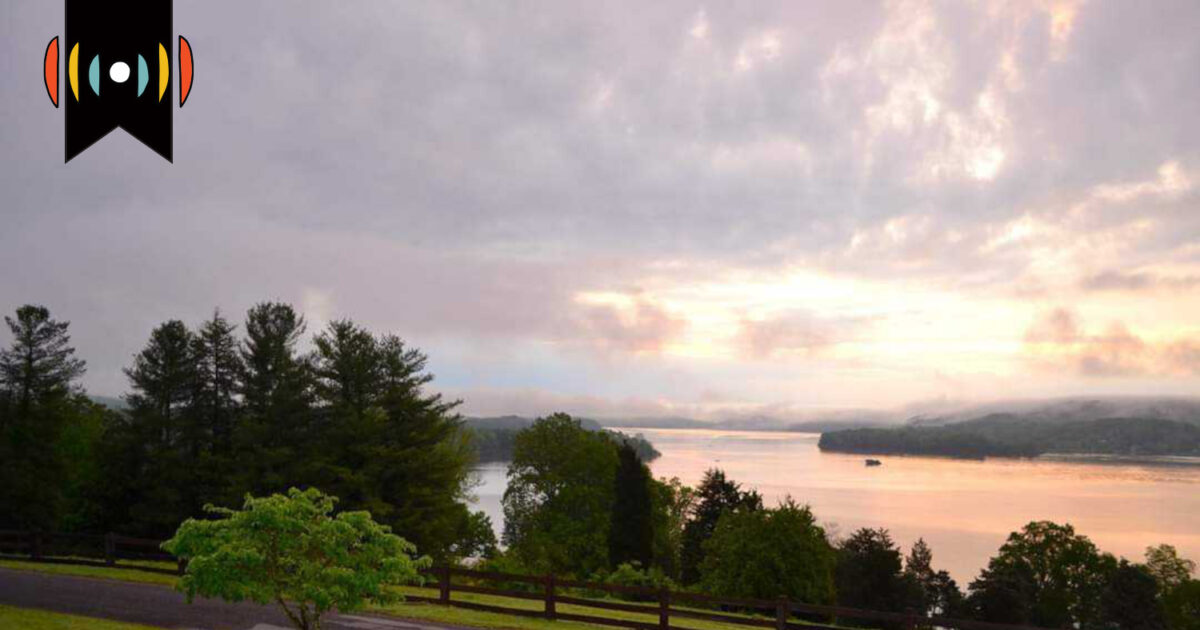 MARY REICHARD, HOST: Today is Wednesday August 17th. You are listening to WORLD Radio and we are delighted! Hello. I am Mary Reichard.

NICK EICHER, HOST: And I’m Nick Eicher. Coming next The world and all in it: Bible Camp.

Perhaps you sent a child or grandchild to Bible Camp this summer. Whatever challenges may have arisen in these camps, they probably cannot compare to those of a biblical camp in Tennessee during the years of segregation.

MYRNA BROWN, REPORTER: At 87, Dwight Zimmerman is recovering from hip replacement surgery. Sitting on a swing on his porch along the shores of Lake Watts Bar, white-haired Zimmerman keeps an eye out for speeding boats…

…and the other on my recorder.

It’s hard to believe the outspoken Zimmerman is scared of many. His fearlessness is a trait he likely inherited from the father he resembles, Paul Zimmerman, a Michigan native and Moody Bible Institute graduate.

ZIMMERMAN: He sought to go to Africa as a missionary, but he was turned down. And Dad apparently had a heart murmur of some kind.

Instead of Africa, Paul Zimmerman and his wife Ruth settled in Kentucky after seminary. They spent five years planting churches when another health problem arose.

ZIMMERMAN: Of course, in those days all they did was preach on the streets. They had no microphones. But he ruined his voice doing it and the doctors said he had to stop. You didn’t tell my dad to stop preaching, so he took us to Allegan, Michigan and he preached at a church there, the Allegan Bible Church.

Zimmerman says God not only restored his father’s voice, but also brought a pastor from Detroit, Michigan into their life. The year was 1942.

ZIMMERMAN: Brother BM Nottage was from the Bahamas, black brother. The way dad used to put it, he brought brother BM over for a week of meetings at Allegan Bible Church and it was under that umbrella that I personally trusted the Lord as my Personal Saviour.

Pastor Nottage also encouraged Paul Zimmerman to trust God with his desire to share Jesus with people unlike him. A year later, the Zimmermans moved to eastern Tennessee. Paul took a job at Bryan College in Dayton. While working in college, Paul noticed local children’s ministry.

ZIMMERMAN: And they went to public schools in that area and gave kids a free week at their camp to learn 200 Bible verses and quote them from memory.

ZIMMERMAN: You could do it back then. It was part of the school system. Teachers helped children learn their Bible verses and sometimes whole classes would stand up and recite long passages of Scripture.

Valuable as it was, Zimmerman says one aspect of the outreach was particularly troublesome for his father.

ZIMMERMAN: Dad was going right by colored schools at that time and the Lord reminded him of Brother BM Nottage and the burden my dad had for black communities.

Paul Zimmerman asked camp leaders for permission to visit and present the scripture challenge to students in segregated and colored schools as they were called at the time. He got permission… but on one condition.

ZIMMERMAN: You have to understand that if one of the kids learns the verses, they won’t be able to come to our camp.

ZIMMERMAN: I think 42 boys and girls learned their 200 Bible verses to come to a camp that didn’t exist.

In 1946, Zimmerman leased eight acres of land across Lake Watts Bar. He started his own camp—Cedine Bible Camp. He called it Cedine because of the abundance of cedars and pines on the property. Thirty-six of the 42 students who memorized verses participated in this first camp. They slept in leaky army tents and sat on sturdy wooden benches under a tree-lined chapel. Dwight Zimmerman, then 12, remembers how drinking water was carried two miles away. Thirty-one campers made a profession of faith.

In 1950, the mission expanded after God provided a 100-acre farm across the lake. This is the same land Dwight Zimmerman lives on today. But as the camp grew, the detractors also became more vocal.

DWIGHT ZIMMERMAN: Everybody in the white community didn’t or couldn’t understand what my dad and those Yankees coming from southern Michigan…what were they doing here anyway?

On April 21, 1957, Dwight Zimmerman, then 22, returned from Bible college and prepared to be ordained.

ZIMMERMAN: We didn’t live on the property we live on now. We lived 15 miles from here, the phone rang…the camp is on fire! Well, that kind of stirred my dad pretty quickly. My brother and I jumped in the car and ran over here. Two of the three buildings that had been set on fire by the arsonists had disappeared. A building was spared.

Friends have rallied together to build back bigger and better, just in time for June campers. In the sixties, the culture began to change. Segregation ended, and so did Bibles in the classroom. So the students began to gather in homes and churches to recite their verses. From this movement came Bible quiz tournaments.

INSTRUCTOR: Okay, question number six…the sun is a (ring) Yes, ma’am. The sun is the radiance of the glory of God. (applause)

In the summer of 1966, Paul Zimmerman appointed his son Dwight director of Cedine Bible Camp. For the next 35 years, Dwight served as manager.

WOMEN SINGING: [How great is our God…]

Today, Cedine Bible Camp hosts retreats for women and men. In the spring, Cédine organized a Bible quiz tournament. Churches use the property to house their own camps. And this summer, Cédine staff, all missionaries, served students in three different youth camps as well as a family camp. Still sitting and watching the boats go by, Zimmerman says that in the camp’s 76-year existence, he can’t remember a time when he was more prayerful.

ZIMMERMAN: I can’t tell you how overwhelmed I am right now. We are in a critical, critical, critical part of Cedine’s ministry. As we sit here. All the developments that you see around us now, there was none of that. God has been merciful and we cry out to him, Lord, stop the hand of the enemy.

MEN SINGING: I can’t thank him enough…what he did for me…

WORLD Radio transcriptions are created on very short notice. This text may not be in its final form and may be updated or revised in the future. Accuracy and availability may vary. The authoritative recording of WORLD Radio programming is the audio recording.