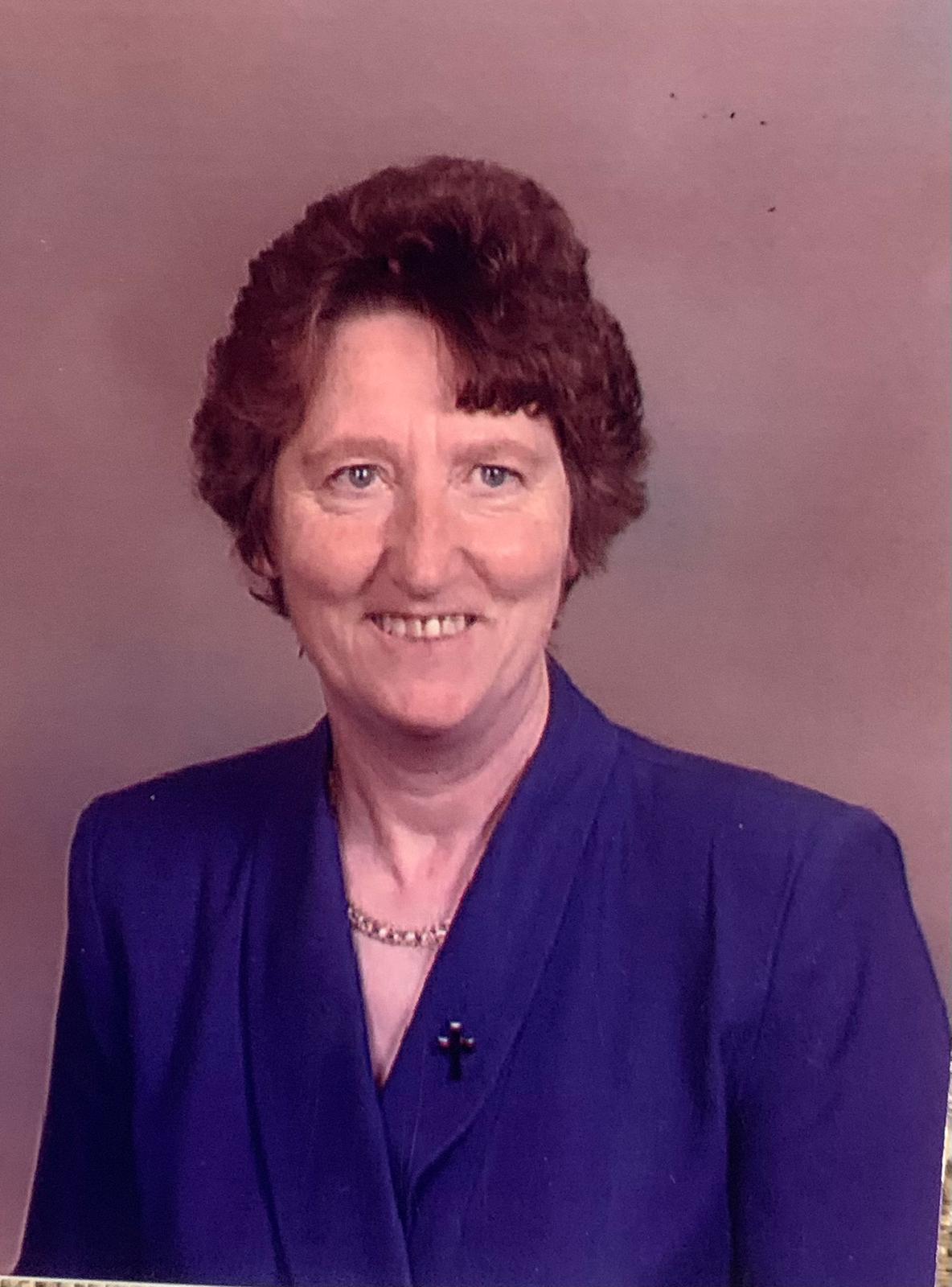 The death of Sr Mary Murphy RSM took place at her family home in Drummond, St Mullins, Co Carlow on Tuesday morning July 5th. Sr. Mary’s life of 77 years was lived to the full and spent generously serving others in the United States for 35 years and most recently at Tullow Community School (2003-10) and Carlow College (2010-18).

Sr Mary was the eldest daughter of the late John and Nan Murphy, who predeceased her. She attended primary school in Drummond and secondary school in St Mary’s, New Ross and joined the congregation of the Sisters of Mercy in Wexford on 8 December 1963.

In the mid-1960s, the Wexford sisters were asked to open a new mission in Florida, then considered mission territory, a far cry from the vision we have of Orlando and Disney World today. Sr. Mary volunteered for this mission and in 1967 was posted to Lake City, where the school was held in a variety of makeshift classrooms, with two-thirds of the students non-Catholic. The role of the sisters was not only to teach the students but to break down the barriers between the Catholic and non-Catholic community.

On weekends, the sisters traveled to outreach areas to teach religious education and they also attended events at other churches, including Baptist revivals, Passover meals and Methodist competitions. She stayed there for 12 years – from 1967 to 1979.

Requests for sisters to work in other areas continued and soon a second community was formed to minister at St Peter’s Parish in De Land, Florida. Sr. Mary first moved there to teach, but after her studies at Mount Oliver Institute, Wisconsin and Loyola Universities, she was appointed Director of Religious Education in 1982. It was then that her work with young people has solidified and she has involved young teenagers in all kinds of innovative liturgies, retreats and functions for needy children.

While there, she brought young people to events in Washington DC for national teen conferences, to meet Pope John Paul II in Miami and New Orleans, and worked extensively in the Cursillo movement. She had the distinction of being the only youth minister in Florida to receive the St Elizabeth Seton Medal for Distinction for the Spiritual Development of Young People in 1988.

In the early 1990s, Sr Mary returned home and continued her work with young people in Co Wexford and Co Carlow, organizing youth retreats, parenting programs and developing community education projects. She returned to her beloved Florida in 1995, serving as Director of Religious Education and Youth Minister at St Luke’s Parish in Middleburg, where she remained until August 2002.

Again, this dynamic woman quickly connected with all the organizations in the area and developed exciting new opportunities in what was a young and developing parish. She devoted much of her energies to the Children’s Liturgy of the Word, Mothers’ Sharing Ministry (MOMS), sacramental preparation of children and young adults, Rainbow programs for grieving youth and their parents, in addition to raising funds through the Irish Tea Room and selling Christmas trees. She has also helped young juvenile offenders fulfill community service obligations in the juvenile justice system.

A Clay County newspaper said Middleburg in 1995 was “a rural setting with various denominations. It was a new mission. It was a time to break down barriers to establish and build community, to be loved.” Sr. Mary once said that the highlight of her mission in Middleburg was giving the Baptist Church baccalaureate lecture one year. It was history in the making.

In August 2003, she was appointed chaplain at Tullow Community School. Her contribution to this role is best described in the quote read about her by RTÉ’s Anne Doyle, when Sr Mary was nominated as one of Carlow’s People of the Year in 2010. She was nominated ‘not for her work great as a school chaplain, but because of his interest and enthusiasm in motivating young people to become actively and consciously involved in helping others.His main focus in working with young people is to make a difference for good by meeting the needs of the community, helping them to make connections between faith and life and providing them with various leadership opportunities to develop a global social conscience and a commitment to a life of justice and service “.

Proof of this is in particular involving students in the JPII and Gaisce awards, bringing students to World Youth Days, helping with diocesan pilgrimages to Lourdes (2006, 2008, 2010), participating in events diocesan programs, including Meitheal programs, as well as accompanying students to work with the Patrician Brothers in Kenya in 2006 and the Brigidine Sisters in 2007.

She accompanied students to Ghana in 2009 and to Kenya and Ghana in 2010. Involving students in all kinds of fundraising activities, from tractor races to cake sales, she raised over €85,000 for various causes, local and global. As a result of her work at Tullow Community School, she received a Special Civic Leader President’s Award from President Mary McAleese at Dublin Castle in 2010.

Also that year, Sr Mary was appointed as Chaplain at Carlow College, a position she held until her retirement in December 2018. Here she continued her work with young people and had special responsibility for the students of the United States, who came for a semester. The numerous messages left by students on rip.ie showed his concern, interest and support, not only for their studies but for their individual personal lives, chronicling many events. Some of these included Passover meals, prayer services for the bereaved, displays at National Plowing Championships, and work in areas of social justice, taking advantage of every opportunity to serve.

Her final service was at the 2018 World Meeting of Families in Dublin, where she volunteered endlessly until she could no longer stand. From then on, a cancer diagnosis in hospital forced her to retire from formal work, but she continued to be active in all aspects of social media, including Facebook, Instagram and Twitter, continuing to bond with friends in the United States and with the many students she has befriended over the years.

After her diagnosis, she resided at the family home in Drummond until her last call on July 5. His remains were received at St Brendan’s Church in Drummond by Bishop Denis Nulty, Bishop Paul Dempsey, Fr Eddie Aughney, PP, and other priests. His funeral was concelebrated by Father Odhran Furlong, a relative of the family.