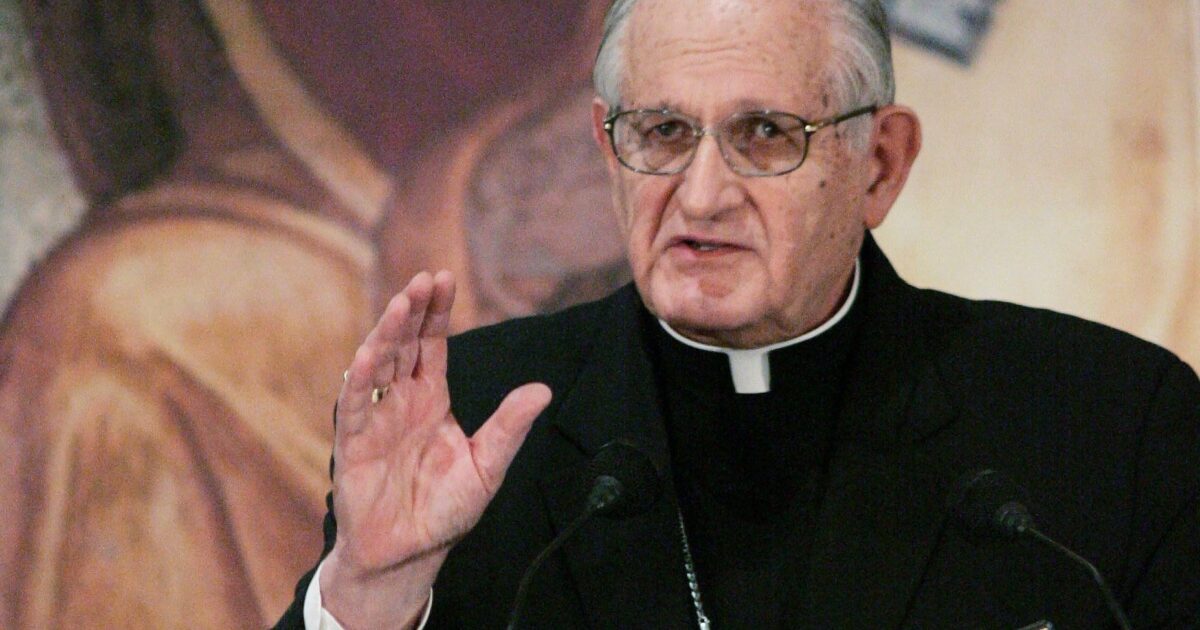 HOUSTON (CNS) ─ Retired Archbishop Joseph A. Fiorenza, longtime Bishop of Galveston-Houston and a tireless advocate for social justice throughout his priesthood, episcopate and retirement, died Sept. 19. He was 91 years old.

He lived at Archbishop Joseph A. Fiorenza’s retirement residence, a priests’ retirement home with about 18 residents.

The Beaumont, Texas native served as bishop of the Diocese of Galveston-Houston from 1985 to 2006 and was appointed archbishop in 2004 when the diocese was elevated to archdiocese status by St. John Paul II.

“Archbishop Fiorenza was known to be a champion of civil rights and a tireless worker to overcome the presence of racism in our community. He was also known as a great promoter of true renewal in the Church and for teaching of the Vatican II Council known,” said Cardinal Daniel N. DiNardo.

The cardinal succeeded Bishop Fiorenza as head of the archdiocese in 2006.

Funeral arrangements for Bishop Fiorenza are pending and will be announced when finalized.

Archbishop of Los Angeles Jose H. Gomez, president of the USCCB, said he learned of the retired prelate’s death “with great sadness.”

“Those who worked with him expressed that his leadership embodied his love, dedication and tireless service to the church,” Bishop Gomez said.

“I offer my prayers and sympathy to the family and friends of Bishop Fiorenza, and to the many people whose lives he touched through his ministry over the years as a priest and then as a bishop. May the Lord grant him eternal rest,” he said.

Archbishop Fiorenza also served on the U.S. Bishops’ Administrative Committee in the mid-1990s and served as conference vice president for a three-year term, from 1995-1998, before being elected to a three-year term. as chairman of the conference.

He was also a member of an Episcopal Committee on Black Catholics, a board member of the Catholic Near East Welfare Association, and a trustee of the University of St. Thomas in Houston.

During his years as Bishop and Archbishop and in retirement, Bishop Fiorenza was an advocate for social justice issues and a proponent of interfaith collaboration for positive social change across all social and economic boundaries.

He has often spoken out against the death penalty, in a state where the number of executions is high.

In a report published in 2001 at the end of his term as president of the episcopal conference, Bishop Fiorenza said he was satisfied with the growing Catholic opposition to the death penalty, especially among young people.

He also commended the bishops for approving a document supporting the renewal of the criminal justice system, with particular emphasis on capital punishment.

He led “with a prayerful and courageous stance for the least of us without fear of opposition,” she told the Texas Catholic Herald, the archdiocesan newspaper, in a February 2021 interview.

Clifton noted that Bishop Fiorenza never tired of his passion for justice, “which continually gives us the courage to follow his shadow and join him in advancing one of the many issues he champions,” she said. “I can still hear his voice in my ears, because many times he grabbed my arm tightly and said, ‘Someone is going to have to do something about this (the death penalty)!'”

He also encouraged the church to be an active voice against racism.

During the tumultuous summer of 2020 marked by nationwide civil unrest following the death of George Floyd, Bishop Fiorenza said his longstanding efforts for justice were just a “stepping stone” to realize the “dream” of the Reverend Martin Luther King Jr.

He made the comments during a June 19 discussion on justice, equality and respect with other faith leaders.

“We have not yet completed the march. The journey continues, but we have made significant progress over the past 20, 30 or more years, but there is still a lot of social injustice,” Bishop Fiorenza said. . “We can’t stop now. We have to keep going.”

In September 2005, in the aftermath of Hurricane Katrina, Bishop Fiorenza was named chairman of a task force created by the U.S. bishops to coordinate the Catholic response to recovery efforts in devastated areas hard hit by the hurricane.

Within days of its formation, the work of the task force was expanded to address issues created by Hurricane Rita.

In a report to the bishops at their November 2005 general assembly, Bishop Fiorenza harshly criticized the federal government’s response to hurricane victims. He said church officials got “chased” by the Federal Emergency Management Agency when they wanted to know what the federal relief plans were.

“It was clear to me that little help was coming from FEMA,” he said.

Joseph Anthony Fiorenza was born on January 25, 1931 in Beaumont, the second of four sons of Anthony and Grace (Galiano) Fiorenza. Her father emigrated from Sicily when she was 10 years old and her mother was the daughter of Sicilian immigrants.

He attended St. Anthony High School in Beaumont, where he was captain of the football team and president of the senior class. He had skipped a grade, so he graduated from high school at age 16 in 1947. He then attended St. Mary’s Seminary in La Porte, Texas.

The Pope’s elevation of the diocese to the rank of archdiocese in 2004 reflected the region’s rapid population growth. Currently, the 10-County Archdiocese has over 1.7 million Catholics, making it the diocese with the largest Catholic population in the state of Texas and the fifth largest in the United States.

Pope Benedict XVI accepted Bishop Fiorenza’s resignation on February 26, 2006. When he turned 75, he presented his resignation to the pope as required by canon law.

At a press conference to announce his retirement and his successor, Coadjutor Archbishop DiNardo, Archbishop Fiorenza said, “The church has a very wise rule about bishops retiring at 75.”

The rule ensures that the local church receives an infusion of “new vigor, new ideas and new leaders”, he added.

Bishop Fiorenza said he felt “truly blessed to have had the opportunity to lead this wonderful archdiocese” and looked forward to resuming “the life of a priest”, administering the sacraments and celebrating the mass.

The Texas Catholic Herald, newspaper of the Archdiocese of Galveston-Houston, contributed to this story.

Shawn Fair names another powerful speaker: Dr. Cheryl Burton is about to take the stage