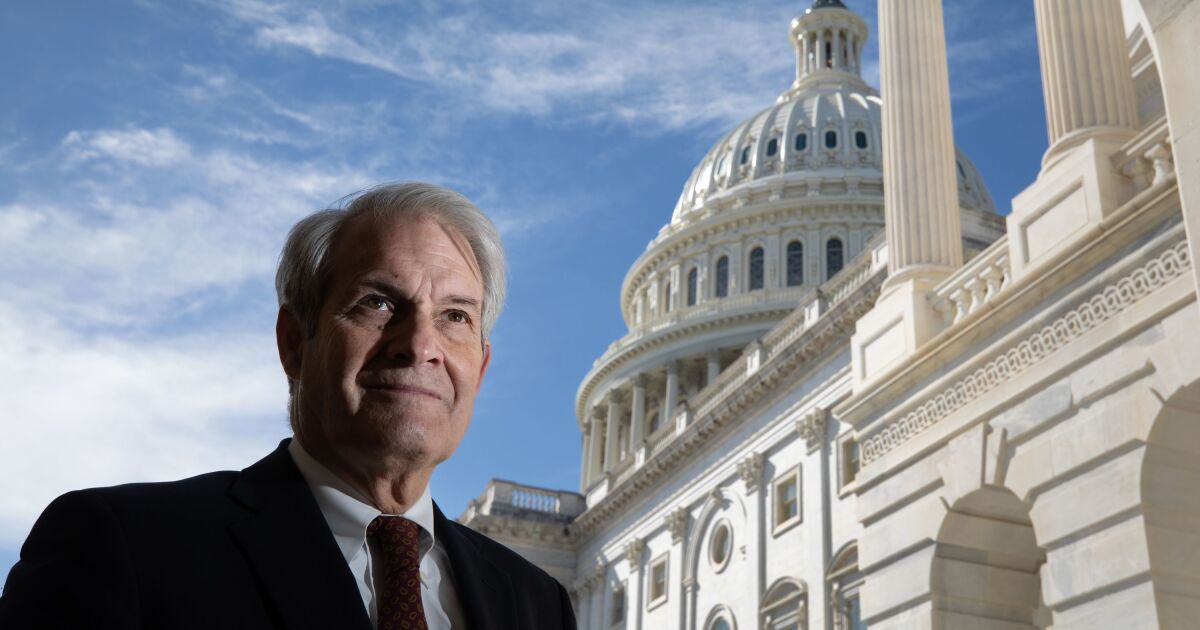 He believes in and upholds the fundamental foundation and principles of the Constitution that must be protected and upheld, including freedom of religion, freedom of speech, the right to bear arms, and the equal protection of the law.

Yet when Latter-day Saint Griffith heard President Dallin H. Oaks, First Counselor in the First Presidency, speak about the Constitution during his April 2021 General Conference Addressone sentence stood out.

“I don’t think I’ve ever heard a more articulate statement of what it means to defend and uphold the Constitution than the one President Oaks gave in that speech when he said, “On disputed questions, we [should] seek to moderate and unify,” Griffith said in a recent Church News interview. “If you want a model to measure your support for the Constitution, whether you support or defend the Constitution, here it is. We need to ask ourselves, “Does this describe me? »

The Constitution, Griffith said, creates a system of government that will succeed only when citizens seek moderation and unity on contested issues.

Latter-day Saints have a distinctive and unique role to play at this time in history when there is division and discord in the United States.

Quoting Eugene England, the late English professor at Brigham Young University, Griffith said the organization of The Church of Jesus Christ of Latter-day Saints helps its members become natural bridge builders. First, Latter-day Saints cannot choose their congregations. They are affected by geography and they worship with people who are different from them – socially, politically, economically and culturally. Second, as they serve in the Church with those who are different, they come to see that the Lord loves them, and they learn to love them too.

Latter-day Saints “know how to see someone who is different from us and learn to work with them and get along with them. Now, can we bring this skill that we have developed in our wards and in our stakes to our community? Can we be those in our community who are agents of reconciliation? Can we be bridge builders?

Griffith said supporting and defending the Constitution goes far beyond learning about its individual provisions and history. “It is consistent with what President Oaks was saying about contested issues – we seek to moderate and unify. It is the living spirit of the Constitution.

Reconciliation, Griffith said, is something Latter-day Saints can give to the country right now, using “the skills we have developed in our church lives and bringing them into the lives of our communities and in the life of our nation.

Religious freedom should also be important to Latter-day Saints, Griffith said. Freedom of conscience “goes to the heart of what it means to be a human being,” he said.

The need to worship God is deeply rooted in most human beings, he continued. “Just a brief examination of world history shows that most people, in most places, most of the time, worship,” he said.

Acknowledging that some people choose no faith, Griffith said that for most people around the world, in most places, most of the time, religion is an integral part of what it means to be human. People yearn to “feel that you are part of a grand design”, that they “live in a universe that has purpose and meaning and was created by a benevolent God”.

“For believers, the exercise of their faith, their freedom to worship, is as important to who they are as individuals as breathing is to the body of each of us,” he said. he declares.

Griffith said the founders of the US Constitution were determined to establish a government based on “We the People”.

The idea was that the people would decide the rules by which society would be governed – not a king or monarch or any other ruler.

Listening to each other can bring the country to a better place, he said. “The Constitution has created a system of government that compels compromise. This requires a compromise. This is the fundamental philosophy.

Griffith said Latter-day Saints should do their best “to create a just and equitable society.”

Quoting Mitch Daniels, Chancellor of Purdue University and former Governor of Indiana, Griffith said: “‘In all things, our first thought is always for those at the first rung of the ladder of life and how we could help them climb. “

“That is what we are called to do, and the American experience offers the best opportunity to do that in the world today.”