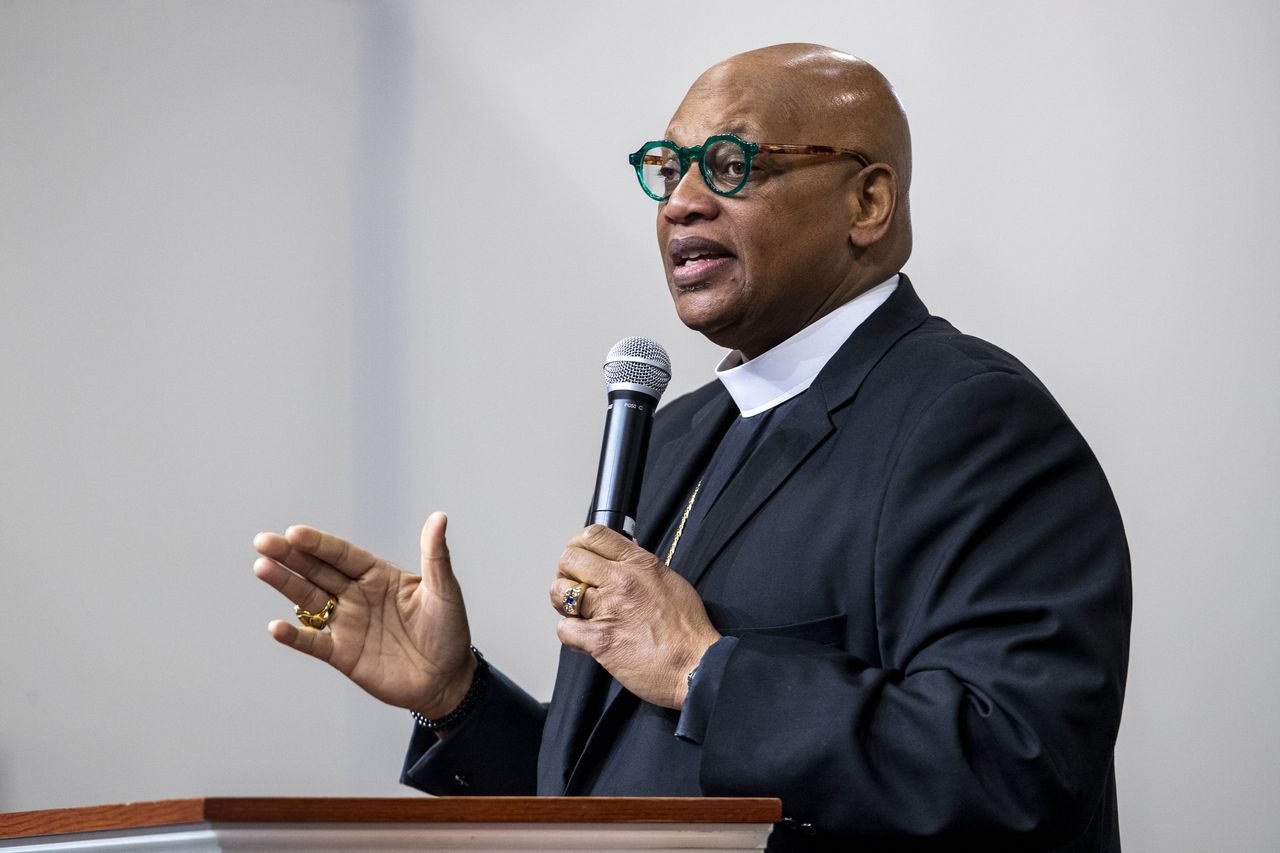 GRAND RAPIDS, MI — Bishop Dennis J. McMurray was named a 2022 GIANT on Saturday for his contributions to shaping the history, culture and quality of life in the Grand Rapids community.

McMurray, founder and senior pastor of the Renaissance Church of God in Christ, was honored Oct. 1 at the 39th Annual GIANT Awards and Banquet at the JW Marriott Hotel.

Eleven other people were honored at the event, hosted by Grand Rapids Community College, which celebrates black leaders in the Grand Rapids community for their accomplishments and efforts to improve the lives of others.

Each award is named after a historic local “giant” whose dedicated service, advocacy and activism are commemorated by the recipients. The GRCC has hosted the event since 1983.

McMurray was hailed on Saturday as “a spiritual visionary who brings a range of theological, business, managerial and financial expertise to his ministry,” the statement said.

McMurray founded Renaissance Church 30 years ago with his wife and three children. Since then, the church has evolved into a “progressive 21st century ministry that influences believers locally and around the world through weekly worship, television and radio ministries,” according to the church’s website.

The pastor is also a prominent social activist in Grand Rapids, having been “a catalyst for many social change movements and organizations,” according to the GRCC.

McMurray was named by Governor Gretchen Whitmer to the Clergy Task Force for the state and is a member of the community board of directors for Spectrum Health, according to the press release.

He has also served on the state’s Community Corrections Board, Bethany National Christian Services Board, Kent County Community Mental Health, and Spectrum Health’s Patient Advisory Council and Executive Council, according to the release. .

McMurray received the GIANT Award for Religious Life in 2019 and has also previously been honored with the Who’s Who Award in Black Grand Rapids by the Black Chamber of Commerce in Detroit Michigan.

The ceremony returned after a two-year hiatus related to COVID-19. The last GIANT among the Giants named in 2020 was the Reverend Nathaniel Moody.

Here are the other GIANT 2022 winners recognized on Saturday evening:

Each year, the GIANT Awards Selection Committee undertakes the task of selecting recipients based on the merit of their nomination and their outstanding achievements, according to the release. The committee is made up of former GIANT winners: Larry Johnson, Tempy Mann, Darius Quinn, Faye Richardson-Green and Shannon Wilson.

The committee is now asking for help to plan and animate the 40th anniversary celebration. Any inquiries regarding the nomination process, sponsorship support and volunteer opportunities should be emailed to [email protected]

Unification Church to keep records of major donations as part of reform plan, not cap amount