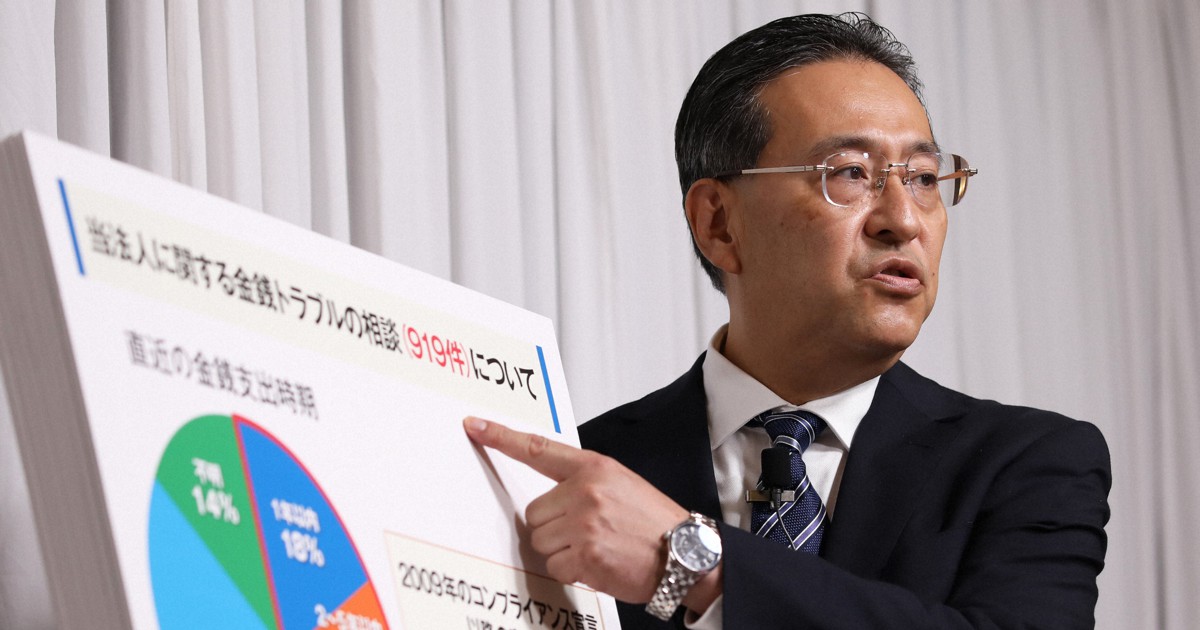 Unification Church to keep records of major donations as part of reform plan, not cap amount

TOKYO — The Unification Church announced at its Tokyo headquarters on Oct. 4 that it would keep records of donations exceeding 30 percent of individuals’ monthly income and that money could be returned upon request.

The religious group said the decision was made in response to a September 30 announcement by a liaison council of government ministries and agencies, which revealed that counseling desks for victims had handled nearly 1,000 related cases. financial problems since September 5.

However, the group, now officially known as the Family Federation for World Peace and Unification, said at the press conference that it would not cap donations using the 30% benchmark, at least. reason that “followers have free will”.

Hideyuki Teshigawara, head of the group’s reform promotion headquarters, attended the press conference and said, “Consultations (on financial issues) should not be the purview of the national government. We think deeply about our actions.

At a separate press conference on September 22, the Unification Church announced a reform plan that includes measures to eliminate excessive donations that would put followers under pressure. According to its latest measure, any donation exceeding 30% of monthly income would be recorded for the source of the funds and whether or not it was accepted by the family, and a receipt would be issued. The recordings will apparently also be used to check whether the donations impose a burden on subscribers and their families.

Teshigawara had previously pointed out that there had been no victims of the group’s manipulative “spiritual sales” tactics since it issued a compliance statement in 2009. However, he changed that explanation at the conference. press of October 4, saying: “It is certain that the number of consultations is scarce. The declaration must not have been disseminated effectively in certain areas.