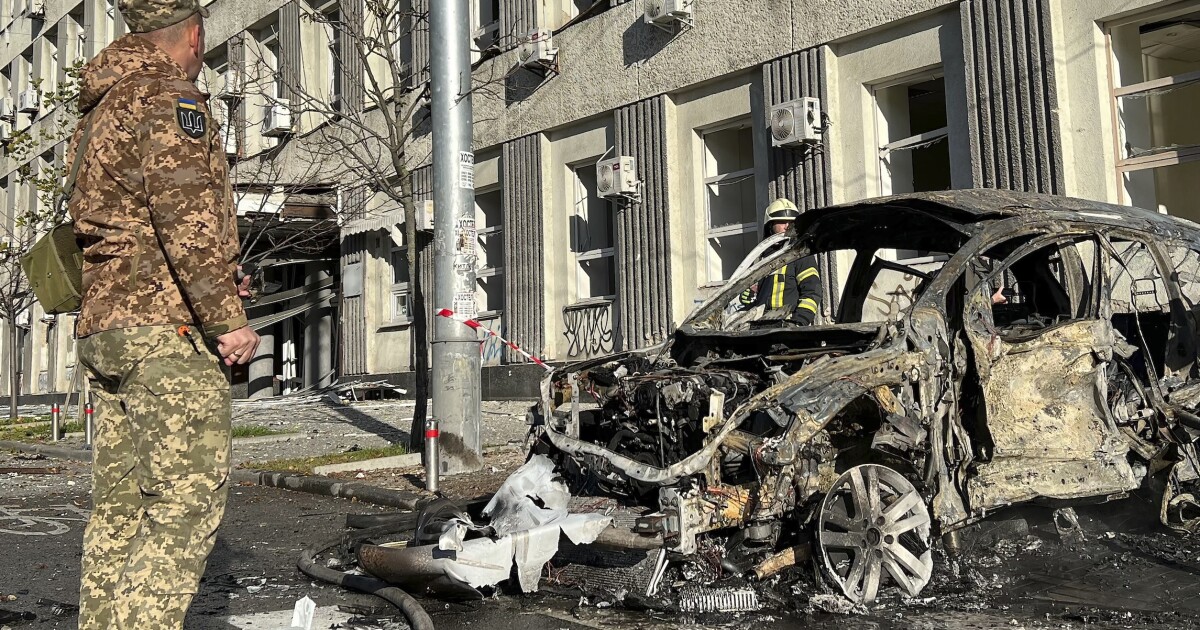 LBy launching long-range missile strikes against Ukrainian civilian targets on Monday, Russian President Vladimir Putin wreaked havoc. These strikes came in response to a legitimate Ukrainian military strike on Russia’s Kerch Bridge, a key conduit for force deployments in Crimea. Putin also named a new commander for his “special operation” in Ukraine. Namely, Sergey Surovikin, who once commanded Russian forces in Syria and is known for his aggressive use of firepower.

Yet neither missiles nor Surovikin can solve the critical challenge Putin faces in Ukraine: the Russian military’s inability to carry out major combined arms actions and sustain forward deployed units. Reflecting as much, Surovikin’s appointment reeks of a Hail Mary pass that has more to do with consolidating domestic propaganda than bolstering military operations. Surovikin’s willingness to deliberately target hospitals in Syria may look bad on a global scale, but it plays well with Russian ultranationalists who think Putin has been too timid in Ukraine.

But Surovikin’s record in Syria isn’t the only reason he got the job in Ukraine. Surovikin is also a political loyalist who can be expected to do Putin’s dirty work. The general has been accused of corruption on several occasions, including allegations that he sold weapons on the black market and sent government contracts to his family. Repeated allegations of intimidation and beatings by junior officers under Surovikin’s command also suggest that he is an aficionado of Russia’s “grandfather rule” military hazing culture, which focuses on corruption and brutality.

Again, however, Putin’s big problem is that his war in Ukraine faces three nearly impossible challenges.

First, there is the poor leadership/command and control of the Russian military on the battlefield. Recent Ukrainian offensives have shown that Russian forces do not even have the capacity to conduct coordinated retreats. This opened the Russian lines up for rapid dissection. Second, there is the exhausted and very vulnerable Russian army logistics train. Russian ammunition stocks are running low and Ukrainian forces continue to strike at Russian supply depots. In the aftermath, Putin faces his third big challenge: crashing the morale of many different units and, increasingly, of the Russian population. Adding to Putin’s woes is the fact that Ukraine’s capacity is only growing while his own is declining at the same time.

Top line: This reality will force Putin to choose between nuclear escalation in an attempt to force a resolution on his terms and a general retreat.

There is one final factor to consider.

As with the training of officials such as Sergey Korolyov of the FSB security service, Putin may be grooming Surovikin to join a new generation of Russian security chiefs. Given the growing influence of ultra-hawks in the Kremlin and the waning influence of figures such as SVR foreign intelligence chief Sergey Naryshkin, who was flying high until this year, Defense Minister Sergei Shoigu and General Chief of Staff Valery Gerasimov, Surovikin is a candidate for a higher office. In turn, his appointment could represent a broader shift toward a more hawkish Russian foreign policy beyond any Ukraine-specific considerations.

CLICK HERE TO LEARN MORE ABOUT THE WASHINGTON EXAMINER