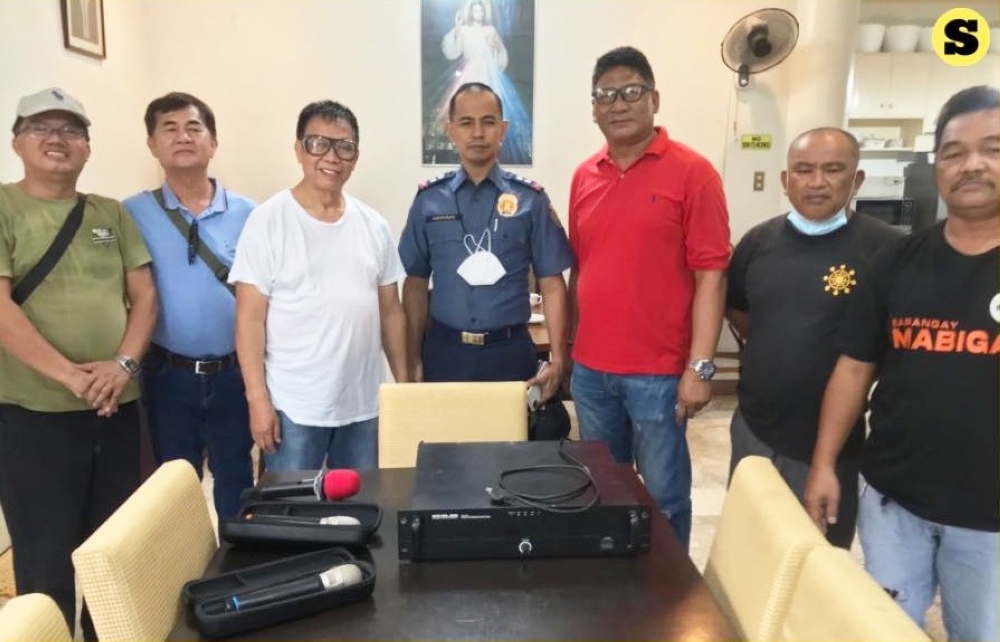 President Elmer Calaguas of Barangay Mabiga, Mabalacat, Police Lt. Col. Abraham Abayari and other barangay leaders display the salvaged audio system, which was stolen from a church in San Rafael in said village.

Audio equipment such as a mixer and a wireless microphone were stolen from the parish church of San Rafael Arkanghel on September 10, 2022.

The church leadership appealed for the public’s help in recovering the items via their Facebook page the same day.

More than a month later, a private citizen handed over the said items to the Mabalacat town police station.

Authorities said the private citizen, who requested anonymity, may have purchased said equipment from vendors without knowing it had been stolen.

Father Olet Lopez, priest of the said church, confirmed that the objects were those stolen based on the inventory number pasted on the equipment.

He expressed his gratitude to the private citizen and the police of the city of Mabalacat for their action which made it possible to recover the equipment of the church.

Mabalacat town police chief Abraham Abayari said the suspects in the robbery case had already been identified but were still at large as of yesterday.

SunStar’s website encourages friendly debate, but comments posted on this site do not necessarily reflect the views of the management of SunStar and its affiliates. SunStar reserves the right to delete, reproduce or edit comments posted here without notice. Inappropriate messages will be automatically deleted.

Don’t use profanity. Some words have been banned. Stick to the subject. Do not stray from the discussion. Be consistent. Don’t shout and don’t use CAPS!