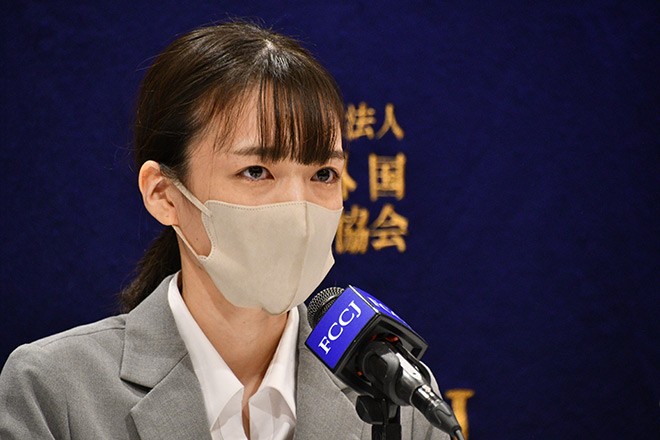 I recently visited Honkakuji Temple in Daigo City of Ibaraki Prefecture, about an hour’s drive north of the prefectural capital of Mito.

It is nestled at the bottom of a green mountain valley. Years of neglect were immediately visible in the peeling white plaster walls and a tiled roof that sagged as if drunk.

Built in the 1980s, Honkakuji expanded its congregation by telling worshipers they were possessed by the spirits of aborted fetuses and stillborn babies – collectively known as “mizuko”.

Through “reishi shoho,” or blatantly harmful sales of fraudulent spiritual goods and services, the temple has raised huge sums of money.

When the temple began to face a series of lawsuits, it took over a temple in Wakayama Prefecture and renamed itself Myokakuji. But it was ordered to disband in 2002 for breaking the law.

Japan has 180,000 religious corporations, but only two have received a dissolution order so far – one is Myokakuji and the other is Aum Shinrikyo.

Will the Family Federation for World Peace and Unification be the third?

Finally, Prime Minister Fumio Kishida said on October 17 that he was considering launching an investigation into the former Unification Church under the Religious Societies Act.

Any government intervention in religion should be discussed with the utmost caution. But right now we see far too many victims who have suffered anguish and grief, and the old Unification Church hardly seems to take their pleas seriously.

At a press conference held on October 7 by a young woman – a former second-generation member – the church even went so far as to send faxes to the site of the press conference, defaming her and demanding an immediate end of the event.

It went beyond abnormal. The woman tearfully begged for the dissolution of the church, and my heart turned to her.

The government’s treatment of the former Unification Church has, thus far, been very different from the way it has treated Myokakuji. Why? I thought about it in front of the ruins of Honkakuji.

A strange, high-pitched sound echoed through the valley. Was it a land animal or a bird?

Vox Populi, Vox Dei is a popular daily column that covers a wide range of topics, including culture, the arts, and social trends and developments. Written by veteran writers from Asahi Shimbun, the column offers helpful perspectives and insights into contemporary Japan and its culture.