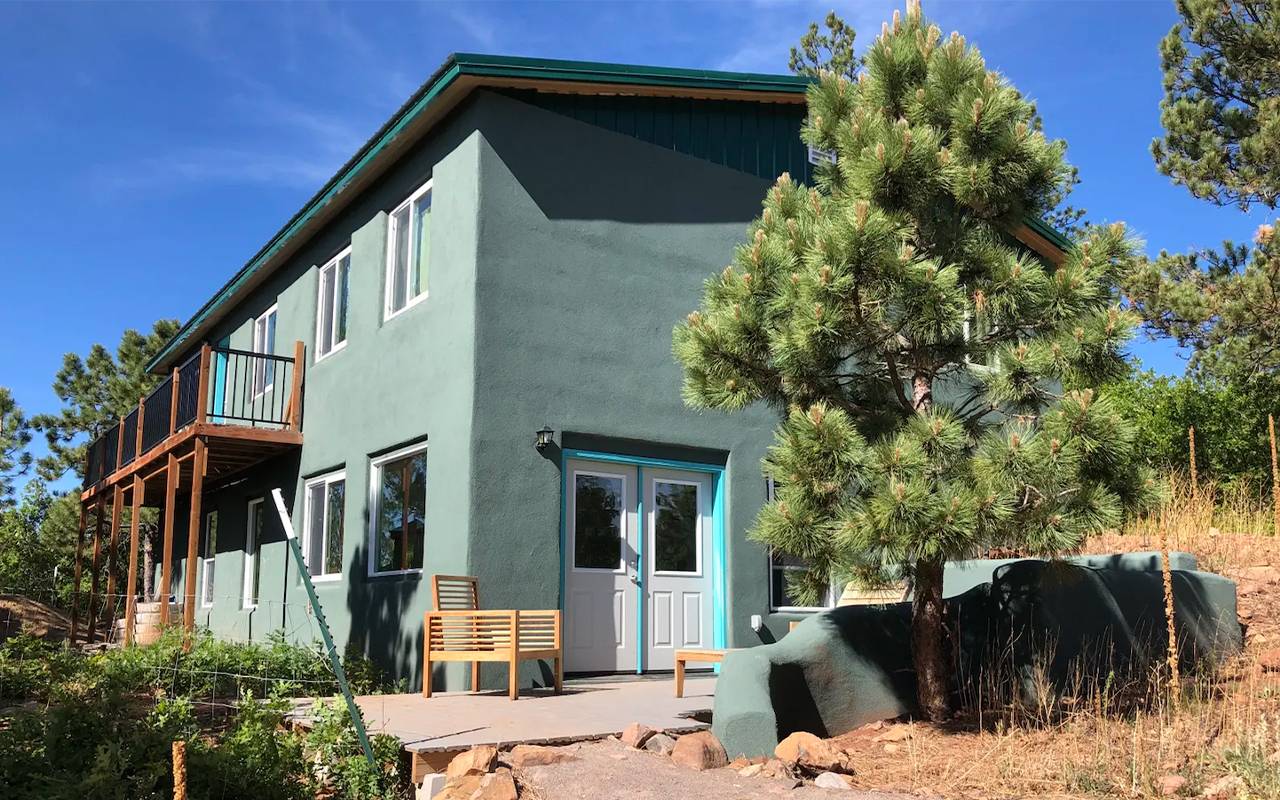 In the landscape of American autism activism, the Southwest is not a region that usually comes to mind. The vast majority of nonprofits, educational institutions, research programs, and other autism-focused organizations are based on the East Coast.

In recent years, the most visible of these, Autism Speaks, has come under intense scrutiny. Their ableist actions toward those they claim to serve range from ad campaigns characterizing autism as an entity that holds children hostage (according to the New York Times, one ad campaign said: “We have your son. We will make sure he cannot care for himself or interact socially as long as he lives.”) to their marked absence of autistic adults in leadership positions.

Nor are autistic adults the usual population that comes to mind in these conversations. Typically, autism is considered a condition — rather than a neurotype — found only in toddlers, children, and adolescents.

“Because I’m not good on social media, I don’t feel included in much anymore. Many of us may feel that way.”

As a result, adults with autism face widespread abuse, dismissal and discrimination. It took the Centers for Disease Control and Prevention (CDC) until 2017 to conduct research on the prevalence of autism spectrum diagnoses in adults.

Organizations like the Autistic Self Advocacy Network (ASAN) have not only been founded by autistic people for autistic people, but have also provided platforms where neurodiverse voices can flourish. The Autistic Press, the editorial arm of ASAN, has published several anthologies of essays by young people and adults with autism aimed at providing self-determined support and resources.

In recent years, adults with autism have visibly engaged in activism efforts, even independently of ASAN. In light of a 2017 CNN report on dire autistic life expectancy statistics published by the American Journal of Public Health, adults with autism have increasingly used both personal media pages social media and platforms like Vox to draw attention to the community’s crisis.

Autism Activism in the Land of Enchantment

This proliferation of autism activism has been particularly visible in New Mexico’s disability community. Divergent Labs, a “nonprofit organization dedicated to the growth, empowerment, and inclusion of people with autism,” was founded by Star Ford, an Albuquerque native, herself a member of the autism community.

With the exception of a hiatus during the COVID-19 pandemic, the retreat center has been in operation since 2013, when land zoning was approved. It started with a handful of housework retreats in the years that followed. The first international work retreats to bring the grounds up to standard and build facilities for workshops and social gatherings took place in 2017 and 2018. In 2019, inspections were completed and the accommodations were opened to the use.

Ford was available for a brief interview and was kind enough to answer the following questions:

AJ Odasso: What gave you the initial idea for Ocate Cliffs? What need did you see in the New Mexico community that you hope it is filling now?

Ford Star: My life was going towards a project like this for a long time. It combines my interests in sustainable construction, nature, pensions and disability rights. When I attended Autreat, an annual retreat for people with autism that no longer takes place, it opened my eyes to the power of autistic space. This means an environment where autistic ways of thinking and communicating are prioritized. This makes many people feel less socially disabled, because part of the disability is simply due to being a neurological minority.

The most rewarding thing for me is to see profound changes stir, and sometimes someone makes a big visible change in their life after they arrive. The mountain environment and autistic freedom can really touch people and be therapeutic, even in cases where the experience is difficult. For me, I also really like how we simplify human needs down to the essentials – we focus on food and shelter and work and inclusive interactions, rather than entertainment or fantasy, so I always feel like life is easy and uncluttered there.

The hardest part is having a critical mass of people there at the same time. One of the main parts of my handicap is marketing and networking, and we have yet to find anyone who is good at it and can help us. Another difficult aspect is when people arrive with a lot of past baggage and their needs are so great that we cannot make a big difference. We are not at all a psychotherapy service for people with autism; it’s more like people come here to serve each other and serve guests, but sometimes people need something else.

What are your hopes for Ocate Cliffs in the next few years (and beyond)?

I would like to be known and used for more retreats among people with disabilities, as well as anyone. Along with this there could be more revenue and the opportunity to fundraise for our second building – with this we will be able to accommodate much larger groups with fully accessible rooms.

What challenges does the autistic community in New Mexico face? What advice would you give to young activists and community organizers?

I think since much of the communication between activists and organizers has turned to social media, it has become extremely fragmented. Since I’m not good on social media, I don’t feel included in much anymore. Many of us may feel this.

I also think that the ABA (Applied Behavior Analysis) becomes more powerful and policy makers just stop talking to us. All of us who try to advocate for better treatment for all autistic people are being drowned out by the vast slot machine of this industry.

It’s hard to give advice on all of this, but in my heart, I think the effort to get to know each other in person (not just online) and talk to all kinds of people might be the best thing. Collaboration between people with autism and allism (a term coined within the autistic community to describe non-autistic people), as well as between organizations, is essential to building a culture of total inclusion.

Activists like Ford are changing misconceptions surrounding adults with autism. They are also changing the way we are perceived in the workplace – not just in New Mexico, but across the United States.

Where once many adults with autism could only find entry-level, low-wage work, companies across major industries in the United States and around the world have begun to take note of the unique strengths we have at deliver, such as hyper-focus and meticulous attention to detail.

Julie Esris, who works as an illustrator for Boston-based Brain Power (which provides educational support to neurodiverse students, their families, and those who teach them), is a perfect example.

For years, Esris struggled to find a suitable career. She studied animation as an undergraduate, but found the control and expectations of this particular field unreasonably demanding and critical. Subsequently, she pursued a master’s degree in library science, finding that a sequence of library jobs was no better suited than her previous career choice.

In response to the popular misconception that autistic adults should being able to find work in various tech fields due to the image of high-functioning autistic people like Bill Gates, Esris dispels the myth.

“What you see is an illusion,” Esris explains. “What I’ve noticed is that most autistic people I’ve interacted with are like me, where they also meet the criteria for non-verbal learning disability. It makes things like math and very difficult programming.

She explains that larger-than-life figures like Gates have given the public a false image of people with autism as tech-savvy, and that the reality for most autistic adults is that they work unforgiving minimum-wage jobs. , often still living with their families.

Both Ford and Esris represent the rapidly changing future that awaits adults with autism in America. Hopefully, support services and social acceptance will continue to grow, just as efforts toward workplace equity have done over the past few years.

Below are links to additional resources related to this story.

AJ OdassoThe first complete poetry collection of “The Sting of It” was published by Tolsun Books in 2019 and won Best LGBT Book at the New Mexico/Arizona Book Awards. Their first novel, “The Pursued and the Pursuing”, was published by DartFrog Blue in 2021 and won second place in the Historical Fiction for Adults category of the Reads Rainbow Awards. AJ holds a master’s degree in creative writing from Boston University and teaches at Central New Mexico Community College, San Juan College, and the University of New Mexico. They also served as poetry editor at Strange horizons magazine since 2012. You can find them on Twitter @ajodasso. Read more

After 25 years, the Ignatian Family Teach-In still invites Jesuit-educated students to respond to the “signs of the times”