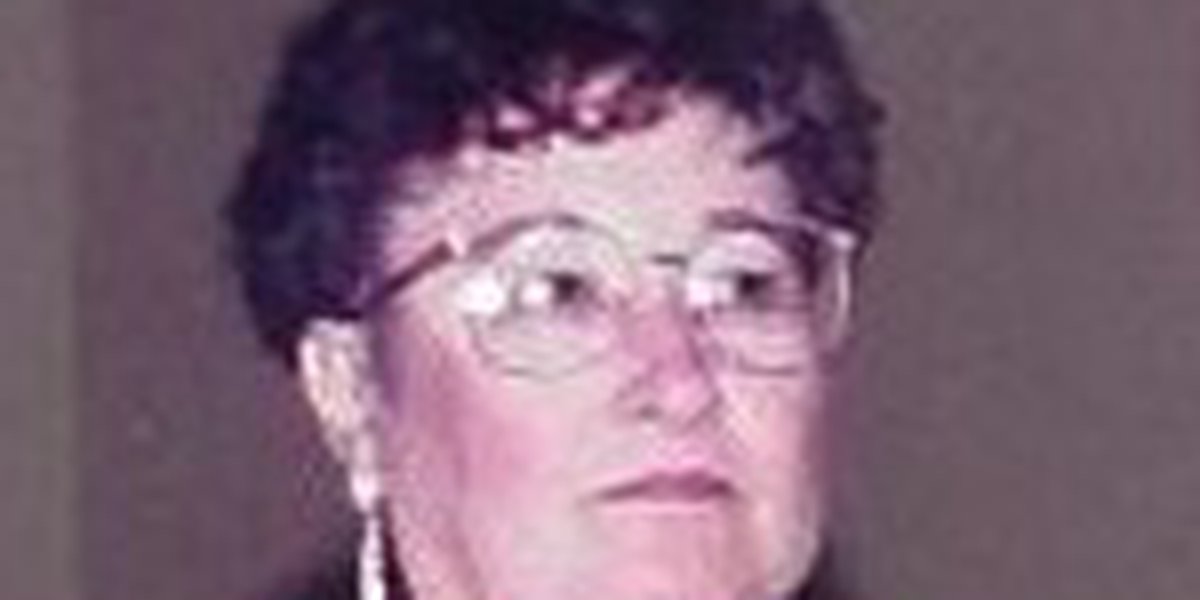 CANTON, New York (WWNY) – Janet B. Bentley passed away on Friday, October 21, 2022, saying goodbye to this world to go to her God. Janet is survived by her sister-in-law Jan Bentley of Portland, Oregon; and their daughters Jordan Bentley of Weston, Massachusetts; Allison Bentley and her son Ian of Portland, Oregon; cousins: Anne (Gerry) Brown of England and Pauline (Alan) Parfill of England; and Eli.

Janet was predeceased by her parents, Cyril Bentley of England and Nan (Rees) of Wales; her husbands, Kenneth Reynolds in 1972 and Albert Gibbs in 2007; his brother Roger R. Bentley died the following day, October 22, 2022; and by his daughter-in-law Joyce (Gibbs) Benson.

Janet was born in Gosport, England on November 24, 1939. Her father was a chaplain in the British Army during World War II, escaping from Dunkirk to spend most of the war in Palestine, Jordan, Iran and in Egypt. Janet, as a young child, remembered the planes passing over the house and running with her mother next to the underground shelter her grandfather had dug by sacrificing his garden. After the war, Janet’s father was sent to Greece and her mother, Janet and little Roger, lived there for a year and a half. Americans in Greece convinced the father to come to the United States and they settled in Brewster, Cape Cod, Massachusetts, where his father was a pastor. Five years later, they moved to Chelmsford, Massachusetts, where Janet graduated from high school in 1957.

Janet felt the call of the Lord and earned a BRE from Baptist Training School in Chicago, Illinois; from Colgate Rochester Divinity School, Rochester, NY, 1967 with an MA, and in 1974 with an M. Div. She also received a permanent certification from NY: K-6 in 1972 and a certificate from the Institute of Children’s Literature (writing for children and adolescents). She received a D. Min from Drew Theological School, Madison, New Jersey in 1993. She served as director of Christian education for two different churches in Indiana and one in New Jersey. She was a preschool teacher for Jefferson County in New York and a counselor at Aldersgate Camp.

Janet met Kenneth Reynolds at Divinity School and married in 1966, sadly he died in 1972. Janet took over the two churches he had: Clayton and Omar-Fishers Landing. During her senior year at Divinity School, she served as pastor for Scottsburg and East Groveland.

Rev. Dr.’s career continued as a United Methodist pastor for a number of churches in upstate New York. Janet was ordained a full elder in 1975. While at churches in Harrisville and Natural Bridge, Janet met Albert Gibbs and they were married for 31 years. He died in 2007 after a long illness.

His next church assignments were West Stockholm and Parishville; Sandy Creek and Orwell; Fulton: First and Grace at Massena, Hogansburg; and Camden.

She retired in 2003 but continued to be partially active as an acting pastor for one year at the United Church of Madrid; supervising pastor for Parishville, West Stockholm, Colton and South Colton; Raymondville for the 1st Sunday of each month to give communion and service for several years, finally, to help the Scottish Presbyterian Church in Chipman for five months.

During her career, she has been active on too many committees to mention at The United Methodist Conference. Some of them were the first woman to chair the Conference Women’s Committee, member of the Conference Board of Ordained Ministries for 16 years, St. Lawrence Committee on Ordained, Folts Home Board of Directors, Herkimer for 12 years, and 20 additional commissions. She was not one with her hats.

She received the Girl Scouts Friendship Pin in 1973; Outstanding Young Women of America in 1974; and Who’s Who in Religion in 1992-1993. She was in Zonta and Rotary. She was also known for her love of hats and especially her vast collection of camels which was huge.

After her retirement, she concentrated on her writing: short stories for children as well as murder and mystery, a book on religions and poems, six were published. She was part of the Canton Writers Group. Janet also loved to travel and was able to see all but two states, three trips to England to see her family, and a wonderful trip to Australia and New Zealand. Janet also loved music and sang in her church choirs.

In 2009 Janet married Robert LaCroix and in May 2014 they moved to Partridge Knoll, and in 2017 they divorced.

The service will be held at the United Methodist Church in Madrid on Saturday, November 19, 2022 at 11:00 a.m. Interment will follow at Garrison Cemetery in Harrisville, NY.

Arrangements are in the care and direction of Donaldson-Seymour Funeral Home where friends and family are encouraged to share their memories and condolences online at www.donaldsonseymour.com.