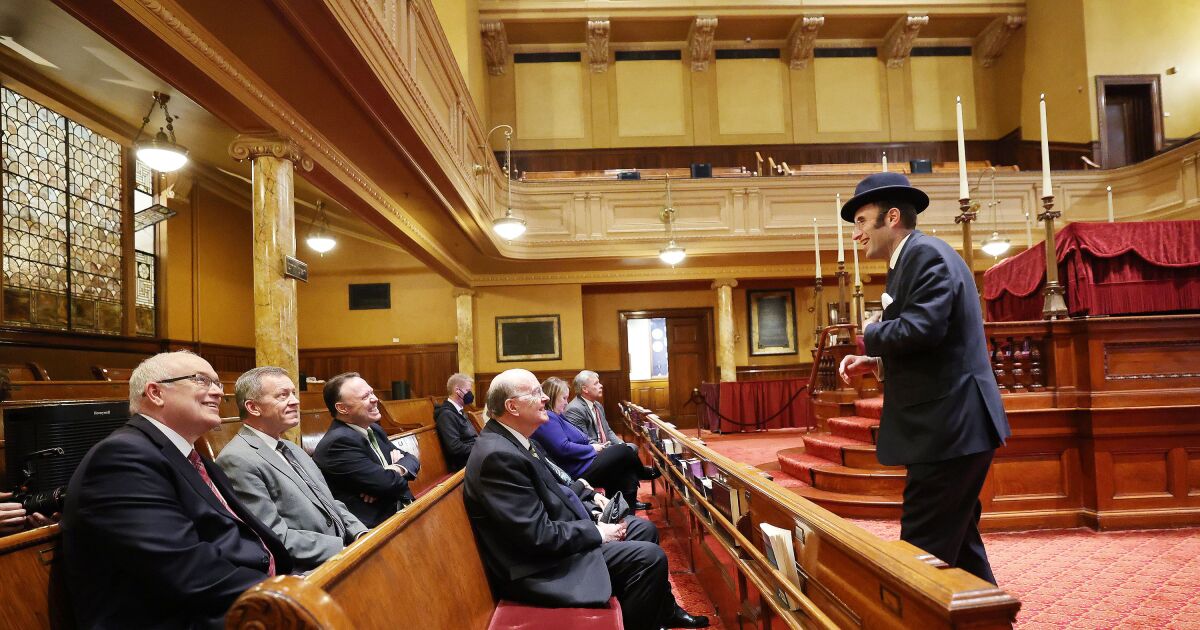 The Hebrew sentence, from the book of proverbs Michlei, is beautiful.

In English, it reads: “The soul of man is the candle of God.”

I first read the sentence while examining a lecture given by Rabbi Meir Soloveichik — Chief Rabbi of Congregation Shearith Israel in Manhattan, New York, the oldest Jewish congregation in the United States.

In 2018, the Becket Religious Freedom Fund honored Rabbi Soloveichik with his Canterbury Medal. honor, which has was also granted President Dallin H. OaksFirst Counselor in the First Presidency, is awarded annually for demonstration of courage and commitment to defending the religious freedom of people of all faiths.

In his speech, Rabbi Soloveichik called the image candle “powerful and enduring.”

“The human soul is a candle lit by the Creator,” he explained. “Like the flame of a candle, the holiness of the soul is so easily extinguished when shaken by the winds of change, by the zeitgeist, by social pressure or by persecution. And yet, like a flame, the soul, if it is protected, if it is supported, if it is fueled by freedom, by faith, by courage, contains within it an infinite amount of power that can spark and inspire without diminishing, which may defy all odds.

In these short sentences, Rabbi Soloveichik sums up the power of faith.

It is a power greater than each of us – a power that amplifies our personal potential. President Russell M. Nelson has said that faith is a power that will move mountains.

Yet it’s not something we talk about often, especially in the public square.

In September, the Launch of the Faith in Media initiative the world’s largest study on faith and media – examining the portrayal of faith and religion in the media. The study, funded by Radiant Foundation, which is owned by Deseret Management Corp., has seen strong demand around the world for more faith-based media coverage; in fact, 63% of respondents said high-quality content about faith and religion was needed. Media professionals, however, reported that coverage of these topics is rarely encouraged in newsrooms.

President Nelson said that faith in Jesus Christ is the greater power available to us in this life. “Everything is possible to those who believe (Mark 9:23)”, he said.

His message reflects Rabbi Soloveichik’s beautiful sentiment that all human beings have a light within us that reflects God in all his goodness.

In his address at the Becket event, Rabbi Soloveichik also spoke about the menorah – a candelabra used in Jewish worship during Hanukkah.

These special lights are placed in the window to be “seen by the public, Jewish and non-Jewish,” he said.

Rabbi Soloveichik said that originally Hanukkah lights were turned on – not inside – but outside the door of Jewish homes.

“And the verse from Proverbs allows us to understand the lesson of this ritual,” he said. “’The soul of man is the candle of God.’ Lighting candles outside the doors of our homes expresses that when people of faith leave their homes and enter the world, they take with them their beliefs and their religious identity. They don’t check their beliefs at the door when they enter the public square. Their souls, the candle in each person, light their way wherever they may lead.

The Faith in Media initiative indicates that many people in my profession can do more to introduce faith and religion to the public.

President Nelson promised us that miracles would happen as we grow and share our faith.

This is the same lesson shared by Rabbi Soloveichik.

The flame of a single candle can ignite other flames. In the process, the light of the giver is not lost or diminished, but multiplied.

This powerful feeling is born from a singular truth: “The soul of man is the candle of God.

— Sarah Jane Weaver is editor of the Church News.

Free “Savior of the World” tickets available from November 1